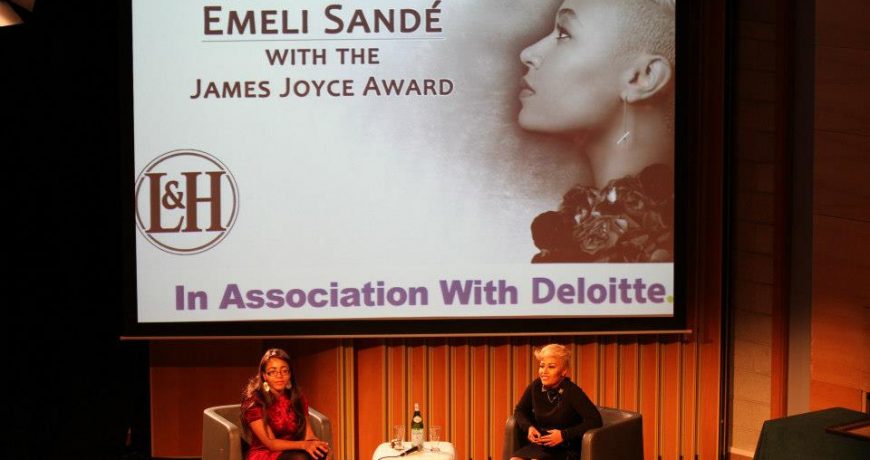 Sandé, who picked up three trophies at the 17th Annual MOBO Awards in Liverpool on 03 November, gave a special performance of her hit songs ‘Next to Me’ and ‘Clown’ for the hundreds of UCD students who gathered to witness her receive the James Joyce Award.

“All her many successes as a songwriter, as a solo artist with a debut album that is nothing short of stunning, and indeed the very qualities she embodies, tell of a star fast on the rise, and saw her inexorably most deserving of this award,” said Daisy Onubogu, Auditor of the UCD Literary & Historical Society, University College Dublin, who presented the award on 05 Nov 2012.

Emeli Sandé sang at the opening and closing ceremonies of the London 2012 Olympics to an audience of hundreds of millions of people. At the MOBO Awards she won Best Album for her debut “Our Version of Events,” Best Female and Best R&B/Soul artist.

The award is named in honour of University College Dublin’s best known graduate, James Joyce, the author of Ulysses, who himself was a leading light of the UCD Literary & Historical Society.